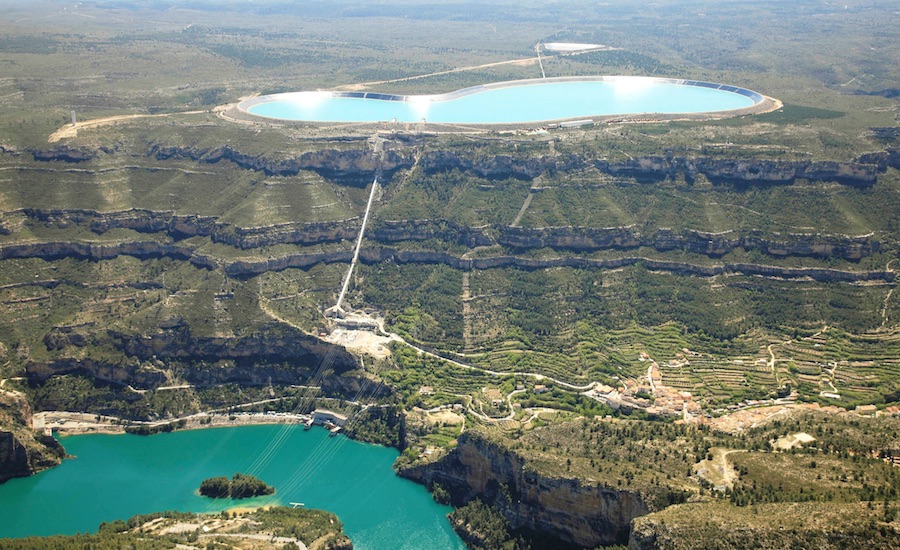 Solia 9’s pumped storage facility is an “off-river” project, meaning it would have fewer environmental impacts compared to an open-loop project.

Texas officials are making substantial changes to their market design in the wake of the February 2021 blackout. One potential solution is to add more storage. More long-duration storage, especially in wintertime, could alleviate the area’s dependence on natural gas and renewables, which performed poorly during the cold snap.

The Solia project, if approved and constructed, would triple the amount of storage in ERCOT, the grid operator which manages most of the Texas grid.

A preliminary permit is the first major regulatory step in the process. The FERC order grants Solia 9 the first priority in applying for a license. It also grants the developer authority to further study the project, but does not grant the applicant the ability to begin construction.

At its upcoming Clean Currents Conference + Tradeshow, the National Hydropower Association (NHA) has organized a session focused on answering the question: “What can be done to move the development of new pumped-storage projects forward?”

The session, titled, Pumped Storage Development: Moving the Needle – What Obstacles Remain? What Solutions Are Needed?, occurs on Thursday, October 21, at 1:30 p.m.

“Why then, is there very little new pumped storage hydro being built in the U.S.?”

That’s the question Miller wants to discuss with the panelists in the session:

The purpose of the session is to have the hard discussions about what challenges remain for new pumped-storage development, and, most importantly, what can industry do to overcome these challenges, Miller said.

Clean Currents is being held at the Georgia World Congress Center in Atlanta, Georgia, the week of October 18, 2021. Georgia Power is the host utility. Registration remains open.