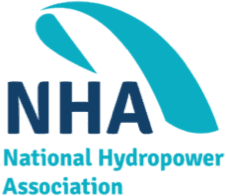 Washington, D.C. (December 13, 2022) – The National Hydropower Association today announced its new officers and members of the 2023 Board of Directors.  NHA’s 20-member board, comprised of forward-thinking leaders from every sector of the hydropower and marine energy industries, is dedicated to preserving and expanding America’s first renewable energy resource.

“Our incoming 2023 Board of Directors are exceptional individuals that are committed to advancing hydropower and marine energy as clean energy solutions,” said Malcolm Woolf, NHA President & CEO.

The Executive Officers of the Board of Directors who start their terms of service on January 1, 2023 are:

NHA is welcoming five newly elected members to its Board of Directors:

In addition to the newly elected members, the Board also appointed the following five individuals from NHA member companies to serve as advisory members to the Board:

NHA extends its thanks to our outgoing board members for putting our organization and the waterpower industry on a pathway to continued success. Leaving the Board at the conclusion of 2022 are: